You may have never heard of it, and it probably never showed up on your radar but, the smallest car in the world was in circulation for a few years in the early 1960s. It was called the Peel P50, and it looked like a car designed for a child, manufactured by the Peel Engineering Company. In 2010, the Guinness Book of World Records listed it as the smallest car ever built.

The car was the very bare bones of a car and had no reverse gear. However, it did have a handle in the rear that allowed it to be maneuvered. The car had three wheels (one in the front; two in the back) and was only designed for one passenger.

It was marketed as a car for the city in the 1960s. It was made to seat a single adult and a shopping bag very easily. It only had one door which would open to the driver’s seat on the left side.

It included one wiper for its windscreen and a single headlight. It was nearly 54 inches long and had a 39 inch width. It had a total weight of 130 pounds. It used a small 49 cubic centimeter engine and could go at a top speed of a whopping 37 miles an hour. It was sold at nearly $250 each and claimed a mileage of 100 miles per gallon. However, in real world tests proved it proved to only get 83 mpg.

The car was very famous while it was being made, but not for the reasons you’d think. Not many wanted to buy it, but it was seen as a novelty item. It was dragged on to game shows and was paraded around as a freak of engineering. It was featured in an episode of the Xtra Factor in 2009, an episode of Top Gear on BBC in 2013, and in the video game Forza Horizon 4. 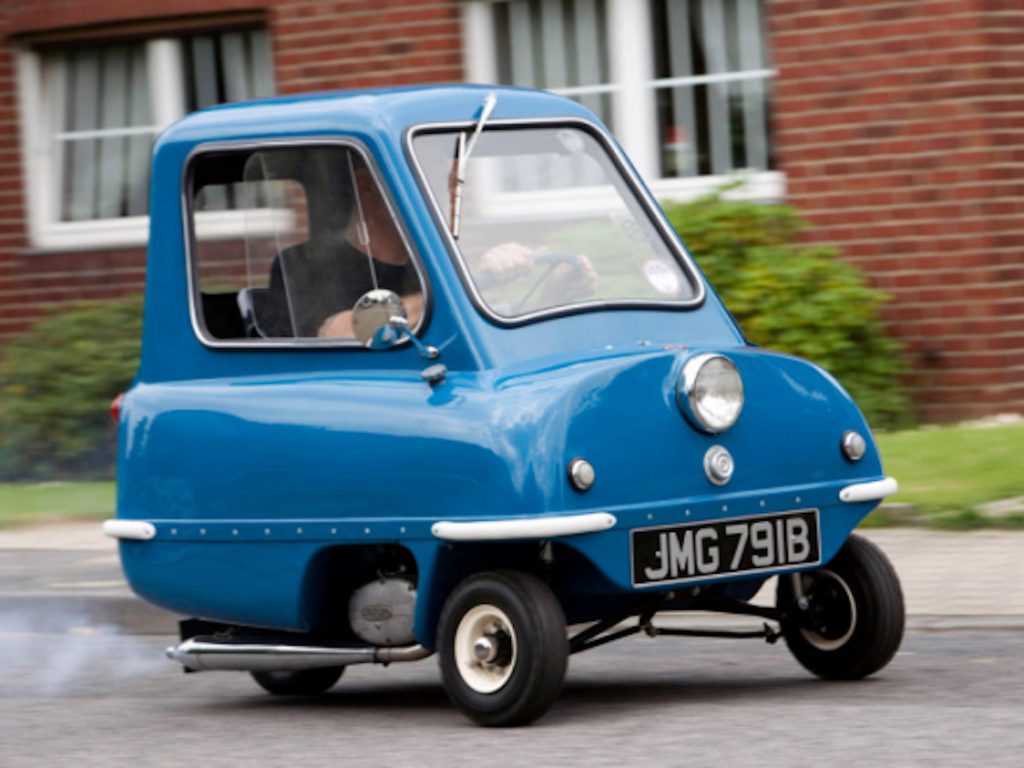 No doubt, it was a very strange car and that’s why not many people bought it. It was available in Dragon Red, Daytona White, and Dark Blue. Oh, and they only manufactured about 50 units of the car. About 27 still exist and are sold as collector’s items. It still holds the record for the smallest car ever to go in to production.

What’s even stranger is that new models are being prepared today as electric cars. However, gas models are still available with 49 cc engines. However, the top speed has been reduced to 28 mph.